The big scene in Nudged is the party. While the purpose of the scene is to focus on the characters and advance the storyline, the guests and performers form a tapestry against which the actors are magnified. Thus, every person in the scene is important and on occasion some of the people scheduled to appear will be highlighted. 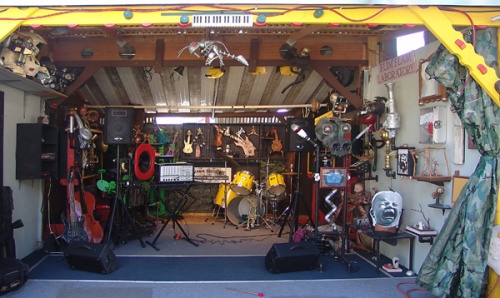 The reason for the party is a visit by some fictional, musical friends of John, one of the main characters. Our real life musical friends who will be occupying the performance stage are Amanda Mora and Mollie Fischer.

Amanda Mora has become known for her quick witted and openhearted shows with the dynamic cellist, Mollie Fischer. Mora has been steadily working for her dream. She was selected as a finalist as a Mountain Stage New Folk Finalist, had her music placed on PBS’s RoadTrip, and shared the stage with many of her folk heroes. Fischer is a renowned Austin studio artist and a classically trained musician at the cutting edge of re-inventing cello’s place in popular music. As a duet, Mora and Fischer deliver a curative dose of driving bluegrass adventure, a twist of irony and self deprecating humor, a sprinkle of sassy jazz, a few strange diminished chords, some brokenhearted rockers, cinematic dramas, anthems of redemption and hope, and of course, your feel-good-toe-tapping love songs. John Aielli Eklekticos, 90.5 KUT, said about her debut album: “The Ribbon is a masterpiece. The title track is one of the best songs I have ever heard.”

There is another musical group seen in scene 3 which is set in the KCCC television station. This band, headed by my neighbor, Eddie Foster,  will be performing a rock and roll sound check before the actors get on with their more mundane but necessary conversation.

One thought on “Musical Interlude”

Purchase the DVD from Amazon Prime